History behind the wings: N336AK

All of our airplanes have colorful pasts and flew unique routes to get to us today.  Lets start with N336AK.   She has been a shining star in our fleet but had a full life before joining the Wings Airways fleet.

Built in 1958, it was the 333rd DHC-3 Otter built was delivered to the United States Army on June 26, 1959, where it was assigned to the 18th Aviation Company, Fort Riley, Kansas. Although that company deployed a number of its Otters to Vietnam in 1961, N336AK remained at Fort Riley.

The operation of these Otters was taken over by the 1063rd Aviation Company, a unit of the Iowa National Guard based at Waterloo, Iowa. In October 1961, this unit was upgraded to active duty status and sent to Fort Riley to operate the Otters which the 18th Aviation Company had left behind.

The 1063rd operated N336AK until July 1962 at Fort Riley, when the Otter returned with the Company to Waterloo, Iowa, where it was operated until January 1964. It remained with the National Guard, but its subsequent operating units are not known until June 1972 when it joined the California National Guard, with whom it was to serve for the remainder of its military career. It was assigned to the Depot at Fresno, California as a support aircraft. Personnel at the Depot proudly referred to it as “the last active Army Otter west of the Rockies”. This was correct in so far as the continental United States was concerned, there being Army Otters active in Alaska at that time as well. N336AK continued to serve at Fresno until December 1976, when it was deleted from the Army inventory. The Otter was transferred to the Civil Air Patrol (CAP). It was noted at Boeing Field, Seattle during June 1977, still in its Army olive drab colors, and was assigned to the CAP’s Pacific Region. In January 1980, it was sold to Silver Pine Air Services Ltd. of Silver Falls, Manitoba who refurbished the Otter, and it was then sold to Parsons Airways Northern Ltd. of Flin Flon, Manitoba. For the next nine years, it served as one of a number of Otters flown in the northern Manitoba bush country. It was sold in May 1989 to Ketchum Air Service Inc. of Anchorage, Alaska.  The Otter was sold to Wings of Alaska in March 1993. It went on to be transferred to us, Wings Airways, in 2002, where it later received its turbine conversion along with other substantial upgrades. 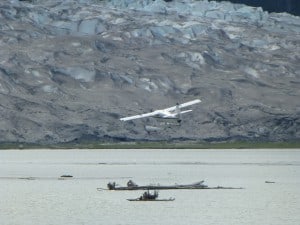 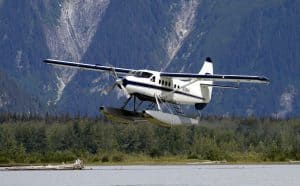 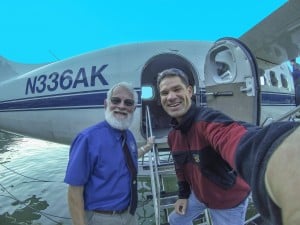 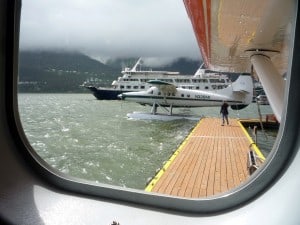