History behind the wings: N753AK

Built in 1953, this 7th DHC-­‐3 Otter built, hence the N753AK.  It was the first Otter delivered to the Royal Canadian Air Force (RCAF) on March 28, 1953.     Allocated to the Central Experimental & Proving Establishment (CEPE) at Rockcliffe, Ottawa, for the purposes of evaluation of this new type of aircraft to enter RCAF service. It then went to the Fort Churchill, Manitoba Station Flight where it entered service alongside Norseman 789. The diary of the Churchill Station Flight records the many missions undertaken by N753AK. Over its time in Churchill, it operated as a medevac, search and rescue aircraft as well as performing various light transport and SAR duties.

In 1954, the Otter arrived at RCAF Station Rockcliffe, Ottawa to enter service with 408 Squadron, with the major task of mapping and surveying large tracts of the Canadian North. At the end of the summer season, N753AK and the other Otters returned to base at Rockcliffe for the winter, where they were engaged in local area flying and training. Another major task entrusted to 408 Squadron was support of the
construction of the Mid Canada Line (MCL) of radar sites along the 55th parallel of latitude, all 102 of them.

In December 1955, N753AK was again transferred to the CEPE at Rockcliffe. Of notable mention was its use to transport the Canadian and Russian Ministers of Fisheries on a tour of Newfoundland fishing ports. The plane then returned to base at Rockcliffe. Between 1957 and 1959, it spent time in storage as a reserve aircraft and saw various improvements and refittings. In July 1960, it joined 102 Communications Unit at Trenton, Ontario. Here it remained until March 1963, when it was one of five RCAF Otters selected by the Canadian Government to be donated to India. Five Otters in total were trucked to Downsview and crated for shipment to India. The official transfer date to the Indian Air Force was April 25, 1963, with whom it served for the next 27 years, until withdrawn from use in 1990. In April 1993, the Indian Ministry of Defense sold the aircraft to La Ronge Aviation Services of Saskatchewan, jointly with Mike Hackman Aircraft Sales of Edmonton. All in all, 14 Otters were returned home from various Indian Air Force bases.

Watson’s Algoma Vacations Ltd, trading as Watson’s Skyways, based at Wawa, Ontario, purchased N753AK. The Otter was based at Wawa and during the summer months was used to fly fishermen to two lodges, Pine Portage and Kaby Lodge. The Otter was also available for general charters and often flew for the Ontario Government’s Ministry of Natural Resources, carrying fire crews and Ministry personnel into the bush. In 2000, it was sold to Hawk Air of Wawa and continued to serve the Ontario bush country, flying fishermen to outpost camps and supplying lodges during the summer season. Wings Airways purchased N753AK in 2007, where it continues to operate today. 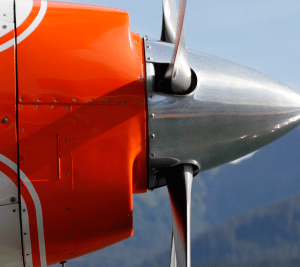 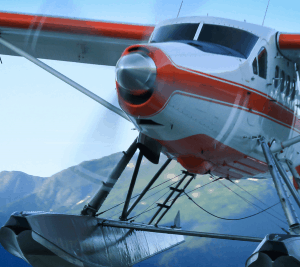 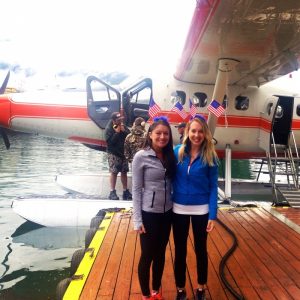 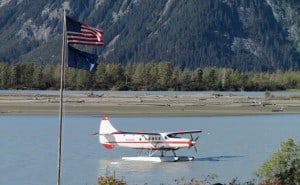